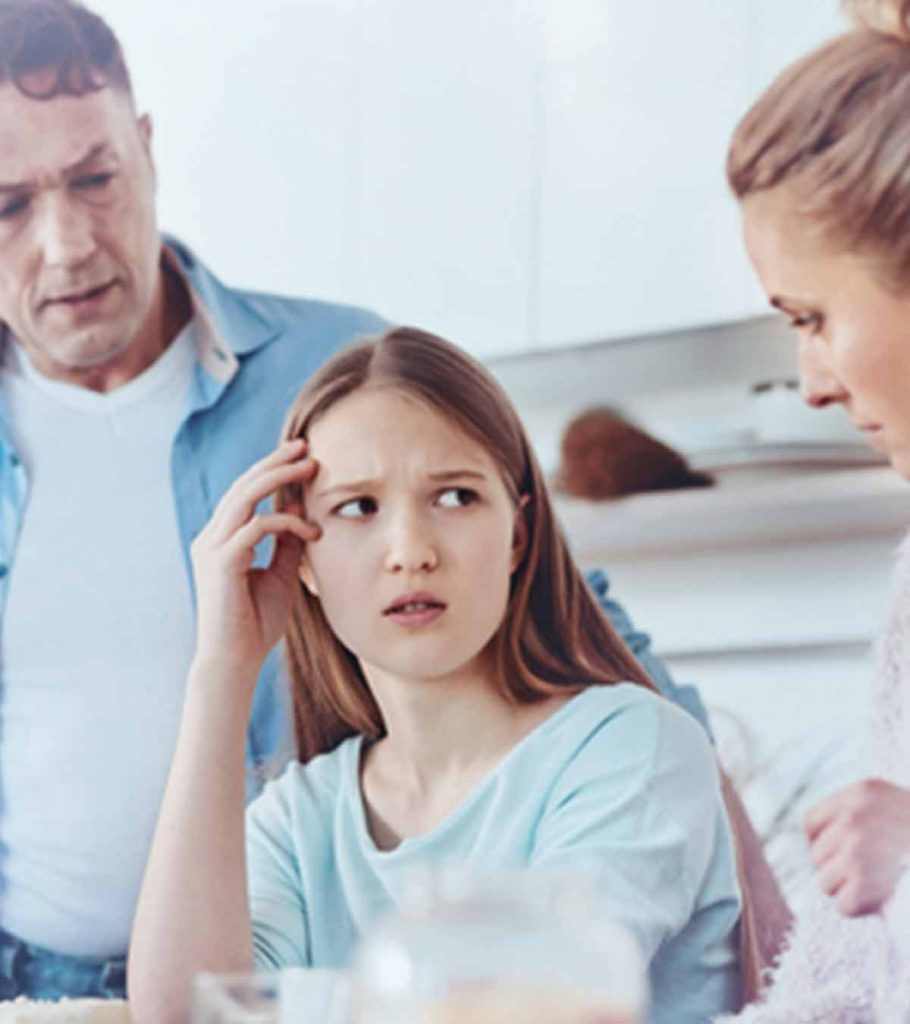 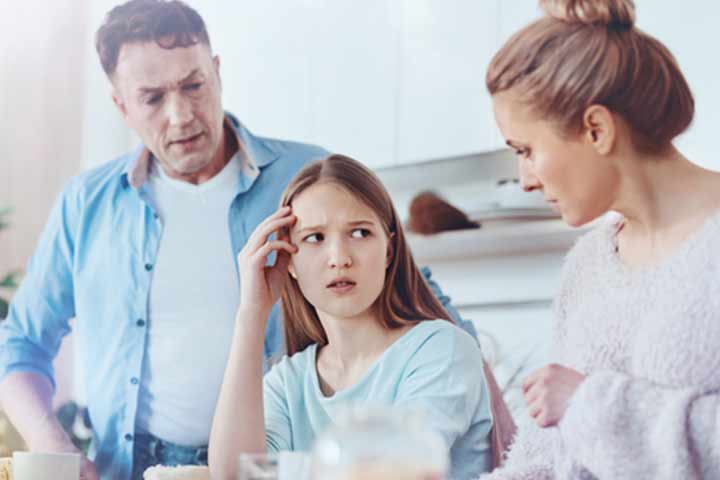 Teenage is the time when children can either embark on an incredible life journey or lose their way. This is also the age when they develop their ideas and opinions, which may not exactly be in sync with yours. As parents, it is your duty to guide them and make them the best version of themselves.

Both these approaches have their pros and cons. Here, we tell you how a typical teenager would behave and the challenges you are likely to face when you try to discipline them. We also give you a few tips to discipline them the right way.

For a young child, you are their role model, and they share every small detail with you. However, once they enter their teenage years, they would begin to trust friends more than anyone and be more self-centered.

Although they act responsibly in some aspects, they might be stubborn and throw temper tantrums sometimes. Also, there might be a clash of opinions between you and them.

If your teenager prefers spending more time with their friends and keeping some aspects of their life away from you, do not lose heart, as this is completely normal. It could cause you pain, but let them figure it out gradually.

How To Discipline Your Teenager The Right Way

Disciplining teenagers is essential to keep their changing behaviors in check. Without discipline, your teenager might fall into bad habits and give in to peer pressure.

Here are a few positive ways to discipline your child.

1. Ground them, but reasonably

Grounding children is an age-old disciplining technique. You could use it as a last resort. Do not ground them for petty reasons, but if they continue to party late into the night despite repeated reminders or if they skip school and loiter around, they deserve to be grounded.

If your teenager takes your love and care for granted, it is time to teach them the value of the luxuries they enjoy. However, before you take away their privileges, make sure you communicate to them why you are doing it. Else it might lead to false assumptions and strong protests from your teenager. Also, do not push it too far; limit it to a fixed period.

3. Your house, your rules

It is ok for your teenager to make decisions and handle their life occasionally. But, too much of anything can be harmful. If your teenager disobeys your rules and mocks you for telling them what is right and wrong, it is time to be assertive with them. Let them know that it is your house, and things would go according to your rules.

4. Let them face the consequences

Experience is the best teacher. Sometimes, it is best to let your teenager face the consequences of their actions. However, make sure your child learns a valuable life lesson out of the experience. Also, talk to your teenager and understand their side of the story to ensure they do not land in trouble.

5. Do not issue commands

Another way to discipline your teenager is by giving them a chance to correct their mistakes. If they have hurt someone or damaged something, come up with a plan to let them make amends. It could be going over to the person they have hurt and apologizing or working extra hours to pay for the damages. This will make them think of their actions and their effects, and they might think twice before committing such a mistake.

7. Give them more responsibilities

Want your teenager to understand the value of something? Give them more responsibilities. For example, if your teenager snorts and makes faces when you prepare a decent meal after working two shifts, make them cook dinner for the whole family, or ask them to do grocery shopping for an entire week. This will help them understand your struggle and sacrifices.

This might not sound like a discipline strategy, but it does more than disciplining your teenager. Making friends with your teenage child will help you gain their trust. Try to spend time with them and make them feel that you respect and understand their feelings. If you can find an activity that you both enjoy, it is the fastest route to befriending your teenager.

Now that you know how to discipline your teenager, let us have a look at the challenges you are likely to face along the journey.

Common Challenges While Disciplining Your Teenager

Disciplining a teenager is no cakewalk. There will be arguments, fights, slamming of doors, and much more, as these are part and parcel of adolescence, and you need to find a way to navigate through these challenges.

You might tell your teenager to tidy their room. However, they seldom obey and show stubbornness. During these times, you need to put your foot down and make them do it. They may feel bad during the first few attempts, but slowly they might understand why and start doing it themselves.

Teenagers tend to push their luck and test the limits. It could be taking advantage of your softness towards them or getting things done their way. They may fight with you if you say no for a sleepover. Do not let things go out of your hands; if you feel they are testing the limits, tell them firmly what your expectations are, and let them know that they must stick to the plan.

Teenagers tend to compare their lives with that of their friend’s. They might only see what is visible to the open eye and believe their friends have a restriction-free life. Whenever your child tries to compare themselves with others, tell them each family has its own house rules that need to be followed. Also, tell them how they are failing to see the bigger picture.

It could be the changing hormones or their very nature. Teenagers tend to be short-tempered and snap out at the slightest disagreement. Do not let this happen often. Stop talking to them and walk out of the room. If they follow you, tell them you are ready to speak only when they calm down and talk with respect.

As soon as children hit adolescence, they feel they are grown up. However, as parents, you would know how naive they can be. There will be a power struggle. During such times, do not get into an argument with them or tell them how wrong they are. Set certain limits and teach them to respect people’s space and freedom as they would want someone to respect theirs.

Teenage is a confusing time when your children may not know how to move forward but are too proud to admit it. As parents, it is your duty to give them the freedom to express themselves without fearing judgment. Do not be authoritative or be overly strict, as it may backfire and cause your teenager to become a rebel and choose the wrong path in life. Try the tips mentioned above and help them navigate the teenage phase of life safely and positively.

Costly Chemicals; The Health and Economic Impact of ‘Forever Chemicals’
Comforting Your Child in the Emergency Room
Experts aim to relieve children from the side-effects of cancer treatments
Back to School Safety | What Parents Need to Know
Here’s what many people don’t know about being a boy mom

Today, the U.S. Food and Drug Administration approved Nulibry (fosdenopterin) for injection to reduce the risk of death due to…

LoveParenting: The difference between punishments & consequences

What's the difference between punishments and (natural) consequences? Why peaceful parents strive not to use punishments? Sign up to my…